Watch Amazing video How can I Pass L test in Qatar Al Doha ?

Moving off up an L shaped slope is the first practical driving test you do. It is intended to test your ability to maneuver the vehicle within a limited space and move off on an incline safely and under control. The test includes the following parts:

Note: The white lines have senses, and if you come in contact with them, an alarm will sound and you will have failed the test.

Pressing the gas pedal too much causing the engine to rev loudly and the vehicle to move up aggressively when the handbrake is released.

Not pressing the gas pedal enough or not releasing the clench pedal enough to reach the biting point, causing the car to roll backwards.

Lack of precision and accurate control when simultaneously releasing the clutch pedal and pressing the gas pedal causing the engine to stall.

The second part of the test is to reverse the vehicle back to the starting point. The main challenge in this part is to turn the vehicle 90 degrees while moving backwards within the limited space.

This can be done by following these steps: 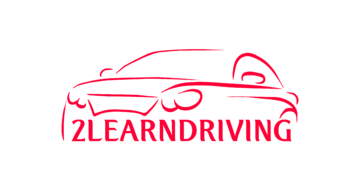